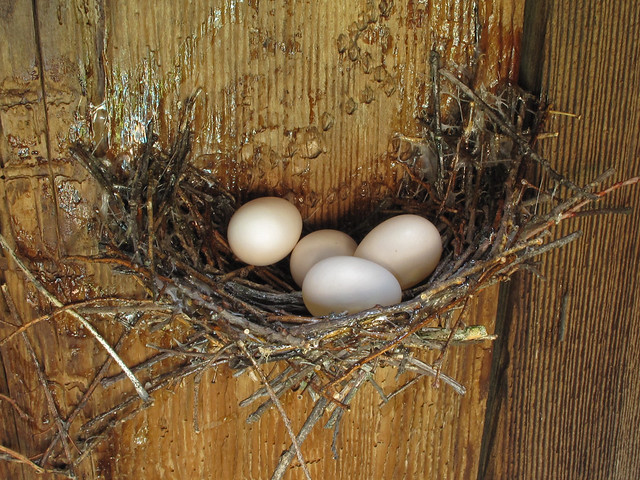 As spring weather returns to the area, so does a certain bird species known as the Chimney Swift. The Chimney Swifts are migrating from their winter grounds in Peru, Columbia, and Northwestern Brazil to their mating and summer hunting grounds in the Eastern US.  Chimney Swifts usually arrive in the Mid-Atlantic between the last week of March and the second week in April, which means right now they’re looking for hospitable chimneys in which to build their nests.

The birds measure no more than six inches in length and feature a soot grey appearance with deep-set black eyes. A nest is likely to be on the inside of your chimney if it hasn’t been capped. And if you do have any unexpected guests, do not move them! These birds are a protected species under the Migratory Bird Act of 1918 and it is illegal to remove or disturb their nests without a federally issued permit.

You can easily avoid the paperwork of removal (or the annoying morning chirping) by calling Black Goose at 757-596-2298 to get your chimney capped!

However, if you would like to host this migratory species close to (but not inside of) your home, you can build a Chimney Swift Tower. The birds are very effective at keeping many airborne insects including wasps, ants, mayflies, stoneflies, beetles, caddisflies, fleas, craneflies at bay for the summer season.