The Longer the Vent, the Greater the Need for Dryer Vent Cleaning

The Longer the Vent, the Greater the Need for Dryer Vent Cleaning

Common sense tells us that the farther hot air has to travel to escape the house, the harder it is to get it there. The greater the distance of the run, the more force needed to push it outside the home. It is also a matter of common sense that longer ducts increase the need for regular professional cleanings. 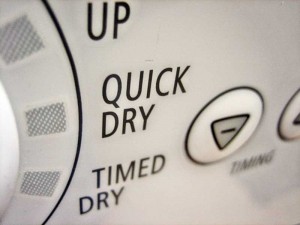 When lint accumulates in vent ducts, it is often a prelude to a house fire as it is so easily ignited. This is the primary reason to have your dryer vent system inspected and cleaned by a professional. Homeowners attempting to clean the ducts themselves often damage the ducts without realizing it has happened.

Short straight runs of metal vent ducting are highly unlikely to foster an accumulation of lint. Unfortunately, long vents typically do not run in straight lines to the exterior of the house. Rather, they often make 90-degree turns, joined with elbows that are ideal homes for highly flammable lint.

Among other important functions performed, a professional may be able to find a shorter, straighter route to the outdoors. If not, they will at least be able to thoroughly clean the system’s elbows. They will also be able to replace any flexible aluminum ducting that exists with smooth surfaced metal ducts.

The longer the vent, the more likely it is to bend and attract lint, making it more difficult to properly clean. Trained professionals have special brushes and tools to make these turns and tricks of the trade that help them accomplish the task more quickly. Not only will this eliminate a common cause of house fires, but it will improve the efficiency of your dryer. That is money in the bank! If you have not had your dryer ducts inspected in awhile, why not call us to check out your system today.